On the Eve of a Global Crisis: A General Assembly of the Lithuanian Academy of Sciences 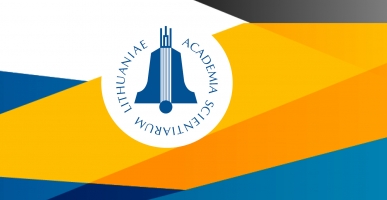 Prof. Jūras Banys, president of the Lithuanian Academy of Sciences, reminded that the aim of the assembly was to discuss the forthcoming economic, energy and other crises. It is important to understand the causes of these processes and to prepare for the possible consequences. After his opening address, the president introduced the foreign guests and awarded Prof. Compton with a badge of a member of the Lithuanian Academy of Sciences and a tie bearing the symbols of the Academy. In his thank-you speech, Prof. R. G. Compton mentioned the work of Theodor von Grotthuss, who was the pioneer in the field he represented, and recalled an interesting story of the achievements of the British electrochemist Humphry Davy, for which he had been praised by Napoleon himself despite the fact that at the time, the British were at war with the French. Lucy Maizels, Deputy Head of the British Embassy, welcomed R. G. Compton’s appreciation and thanked him for strengthening scientific ties with Lithuania. The badge of a member of the Lithuanian Academy of Sciences and the certificate of a full member were presented to Prof. Vytautas Getautis and a commemorative medal was awarded to Prof. Eugenijus Manstavičius, and academicians Kęstutis Kilkus, Jūratė Sprindytė, and Rimantas Ramanauskas were extended the assembly’s heartfelt wishes on the occasion of their significant jubilees.

The assembly continued with another awards ceremony. Prof. Zenonas Dabkevičius, vice-president of the Lithuanian Academy of Sciences, read out the names of the winners of the Young Scientists Scholarship Competition, their research fields and their affiliations, while President Banys shook their hands and presented them with certificates. Fifteen young scientists doing their research in the humanities, social sciences, physics, biomedicine, technologies, and agricultural sciences and representing Vilnius University, its Life Sciences Center, the Lithuanian Research Centre for Agriculture and Forestry, Kaunas University of Technology, and the Lithuanian Energy Institute.

Prof. Banys then made an announcement about the vacancies of full members at the Lithuanian Academy of Sciences. The Presidium of the Academy decided to allocate the vacancies of full members of the Academy to the following specialities and to propose them for approval to the next general assembly of the Lithuanian Academy of Sciences. Each of the specialities below were allotted one vacancy of a full member: political sciences, psychology (Division of the Humanities and Social Sciences), mathematics, physics (Division of Mathematical, Physical, and Chemical Sciences), biochemistry, biology (genetics), geology, cardiac surgery (Division of Medical, Biological, and Geosciences), food sciences, agricultural and environmental engineering (Division of Agricultural and Forestry Sciences), informatics, and mechanical engineering (Division of Technical Sciences).The proposal was adopted by consensus. Prof. Vytautas Nekrošius, head of the Division of the Humanities and Social Sciences

This was followed by presentations on topical issues. Vytautas Nekrošius, chair of the Division of Humanities and Social Sciences of the Lithuanian Academy of Sciences, was the first to take the podium and present the talk ‘Can law be effective in times of crises?’ He started with a quote from Antoine de Saint-Exupéry’s book The Little Prince, in which the king states that in order to govern effectively, the government must be wise. Prof. Nekrošius believes that law only works if people accept it. In mature societies, law is understood as a variant of human coexistence. In Lithuania, such an attitude is still lacking and, apparently, this will only change over time. In times of crises, people are very often sensitive and think that the government is interfering in their personal lives. This also increases the risk of conflict and resistance. Effective and clear communication is essential to avoid such confrontations. On the other hand, coercive mechanisms should also be used, but in a restrained and moderate way. People must be trusted; their actions and behaviour should be regulated without pettiness. Unfortunately, the effectiveness of the law during the pandemic was not achieved for these particular reasons. We need to bear this in mind, because we are now facing a new complex crisis. It is also worth adding that the designers of such mechanisms must themselves comply with these rules. Prof. Zenonas Norkus, a member of the Lithuanian Academy of Sciences

Professor Zenonas Norkus gave a talk ‘Can the economy grow in times of a crisis? The Great Depression of the 1930s in the Baltic countries’, which was co-authored with Adomas Klimantas and Dr Jurgita Markevičiūtė. The study aimed to measure changes in the gross domestic product (GDP) in the Baltic countries between 1913 and 1938. It showed that during this period, GDP was growing only in Lithuania, while it was falling in Latvia and Estonia. During this period, the country experienced deflation, agricultural prices fell sharply, and the purchasing power of the Litas, the Lithuanian currency at the time, doubled. This is a unique feature in the economic dynamics of Lithuania (in the USA, GDP fell by as much as a third). How can this paradox be explained? Researchers believe that the main reasons were Lithuania’s relatively closed economy and its agricultural dominance. Estonia and Latvia had more developed industries and more open economies. It is true that, while GDP grew in Lithuania, some population groups, especially farmers, had a difficult time. Civil servants on a fixed salary were better off. This would not be the case today, as the nature of the Lithuanian economy has fundamentally changed. Our economy is open and export-oriented, and Prof. Norkus predicted permanent inflation (from 2008) turning into stagflation (as in 1973–1979). The third lecture, ‘Economic Trends in Lithuania and the European Union’, was given by Prof. Dr Habil. Rimantas Rudzkis. In his view, Lithuania’s macroeconomic situation in the first half of the year was fairly good. GDP grew by approximately 3.5%. The government is not short of money at the moment, and exports are growing. Unfortunately, inflation is also steadily breaking its records (consumer prices rose by almost 22% in August). What awaits us? Inflation should fall, as commodity prices, which have been very high for a year and a half, are falling on world exchanges. Admittedly, gas prices are still very high (ten times higher than in 2019). However, they are eight times lower in the US than in Europe. High electricity prices in Lithuania are due to the fact that we do not produce much electricity ourselves and buy it from Nord Pool power exchange. But this is not the only reason. Prices have been heavily influenced by Europe’s too-rapid transition to green energy. In addition, last summer, many nuclear power plants were shut down in France as a precautionary measure, while Scandinavia had dry weather and hydroelectric power plants generated little electricity there. The situation is likely to improve in the near future and electricity generation prices are expected to fall.

What should Lithuania expect? It is estimated that output will start to decline (as the country’s economy is export-oriented), which will lead to a drop in GDP next year. In addition, central banks in Europe and the US are changing their monetary policies: they are raising interest rates and reducing the money supply. For example, interest rates in the USA are expected to rise to 4%. The situation can hardly be described as a crisis, but the economic situation will not be favourable, at least until the war in Ukraine is over, and it is predicted to last for another couple of years. Prof. Rudzkis also listed technological trends that are also changing the nature of the economy. These include rapid robotisation, especially in China, the widespread use of artificial intelligence algorithms in various fields (manufacturing, law-and-order, energy, medicine, etc.), as well as green energy and the development of the electric vehicle network. These processes are leading to a dramatic increase in the price of rare metals and a shortage of microchips. Geopolitical developments should also be addressed. In particular, the forthcoming 20th Congress of the Chinese Communist Party. Lithuania’s relations with this country, as well as the evolution of relations between the USA and China, may depend on the faction that will come to dominate. In conclusion, the speaker stressed that one of the positive trends in the Lithuanian economy is the already rapidly growing development and export of IT services. This may help to compensate for the losses in the transport sector, which is important for our country, due to the war and sanctions against the Russian Federation and Belarus. Unfortunately, the continuing deterioration in the performance of educational institutions in educating students is worrying, as is the unresolved problem of training specialists necessary for the country’s needs. Qualified educated people are the basis for a country’s prosperity. Dr Paulina Želvienė, a member of the Young Academy of the Lithuanian Academy of Sciences

The last talk, ‘Psychological trauma in the context of global events: how to recognise and cope?’ was delivered by Dr Paulina Želvienė, a member of the Young Academy of the Lithuanian Academy of Sciences. She spoke about the interdisciplinary field of psychotraumatology: it helps to assess post-traumatic stress and to provide effective help to those who have experienced it. Research on the psychological consequences of political violence and occupation has been conducted in Lithuania for decades. As many as 80% of the Lithuanian population have been affected by various traumatic events (pandemic, war, accident, etc.) during their lifetime. Lithuanian teenagers are two to three times more likely to experience post-traumatic stress than their Japanese peers. This is why such research and support methods are so important.

After thanking the speakers, Prof. Jūras Banys, president of the Lithuanian Academy of Sciences, bade farewell until the next general assembly scheduled for 20 December 2022.